Menu
Where the great battle of the Mahabharata was fought and Lord Krishna spoke the Bhagavad-Gita. A hub around which the Vedic civilization used to spun in its full glory. A place of meditation and an abode of demigods.

The land of Bhagavad Gita

“By merely being touched by the dust of Kurukshetra- the greatest of sinners attains the topmost position.”

How to reach Kurukshetra

Train : Many trains run directly from NDLS to Kurukshetra Jn throughout the day.

Bus: From Anand Vihar terminal buses depart to peepli an area on the outskirts of Kurukshetra. Withing walking distance, we can take many share-autos from beneath the flyover to the city.

Car : Via Highway 44 one can reach peepli in Kurukshetra directly. Panipat and Karnal fall en-route.

Kurukshetra was formerly known as Brahmakshetra, Brighukshetra, Aryavarta, and Samanta Pancaka. It became known as Kurukshetra because of the work of King Kuru.

The Mahabharata tells of how King Kuru, a prominent ancestor of the Pandavas, made the land a great center of spiritual culture. King Kuru went there on a golden chariot and used the chariot’s gold to make a plow. He then borrowed Lord Siva’s bull and Yamaraja’s buffalo and started plowing. When Indra arrived and asked Kuru what he was doing, Kuru replied that he was preparing the land for growing the eight religious virtues: truth, yoga, kindness, purity, charity, forgiveness, austerity, and celibacy.

Indra asked the king to request a boon. Kuru asked that the land ever remain a holy place named after himself, and that anyone dying there go to heaven regardless of his sins or virtues. Indra laughed at the requests.

Undaunted, Kuru performed great penance and continued to plow. Gradually, Indra was won over, but other demigods expressed doubts. They said that death without sacrifice did not merit a place in heaven. Finally, Kuru and Indra arrived at a compromise: Indra would admit into heaven anyone who died there while fighting or performing penance. So Kurukshetra became both a battlefield and a land of piety.

When the Pandavas claimed their legitimate share of their paternal kingdom from their uncle Dhritarashtra and his sons, the Kauravas, they were given the Khandava Forest in the south of the Kuru kingdom. There they built a magnificent city called Indraprastha, located where Delhi is today. The Kauravas kept Hastinapura, situated to the northeast of Delhi, as their capital.

Later, the Pandavas were exiled for thirteen years after Yudhishthira’s defeat in a game of dice. After the exile, the Pandavas demanded the return of their kingdom. On behalf of the Pandavas, Lord Krishna went to Duryodhana, the eldest Kaurava, and begged for five villages for the five Pandavas. But proud Duryodhana refused to give any land. “I won’t even give them enough land to fit on the tip of a pin,” he said.

The war was therefore unavoidable, and the Kauravas and Pandavas decided to fight at Kurukshetra, because it was large, uninhabited, and abundant with water and fuel-wood.

The Pandavas won the Battle of Kurukshetra, which lasted only eighteen days.

The Battle of Kurukshetra began on the day known as Mokshada Ekadashi. (Ekadashi is the eleventh day of either the waxing or waning moon, and mokshada means “giver of liberation.”) On that day, Krishna enlightened Arjuna with the knowledge of Bhagavad-gita, liberating him. Now every year on that day—considered the birthday of Bhagavad-gita—festivals in honor of the Gita are held at Kurukshetra and many other places in India. The grand festival in Jyotisar, the spot where the Gita was spoken, is organized as a state function, with chief ministers and governors presiding. Coincidentally, this is also the time of ISKCON’s annual Prabhupada Book Marathon, when devotees distribute hundreds and thousands of copies of Srila Prabhupada’s Bhagavad-gita As It Is in India and around the world.

Once, when Krishna was preparing to go to Kurukshetra at the time of a solar eclipse, He invited the gopis (cowherd girls) and other residents of Vrindavana to meet Him at Kurukshetra. When He had left Vrindavana in His youth, He had promised to return very soon. But He had been away for a long time (about a hundred years), so out of intense spiritual love, the residents of Vrindavana had always felt ecstatic longing to see Him again.

Of all the residents of Vrindavana, the leading gopi, Srimati Radharani, had felt the pangs of separation from Krishna more than anyone else. She and the other gopis were determined to bring Krishna back to Vrindavana. The loving exchange between Krishna and the gopis at Kurukshetra is the esoteric meaning behind the festival known as Rathayatra (“Festival of the Chariots”). So whenever Hare Krishna devotees put on Rathayatras in cities around the world, they are proclaiming the glories of Kurukshetra.

Lord Brahma performed the first yajna after creating the universe. Lord Parasurama performed austerities after killing all the kshatriyas on earth. Lord Krishna met Srimati Radharani on it's banks for the firsttime after he left Vrindavan. Srila Prabhupada met Srimati Morarji here for the first time, paving the way for his departure into the west.

Here, is the glorious place where Bhisma Pitamaha entered into samadhi asmentioned in Bhagavatam and Mahabharata. The kund was created when Arjuna shot an arrrow to quench Bhisma's thirst.

Dream of Srila Prabhupada, last ISKCON temple which he wanted to construct.  He wanted a Gita University to be constructed to preach Bhagawad Gita's message to whole world. Please consider helping him in his cause by contributing.

Place where Srimati Radha and Lord Krishna met for the first time after separating in Vrindavan. The place was revealed by His Divine Grace Bhaktisiddhanta Saraswati Maharaja, after which he personally established a Gaudiya Math. 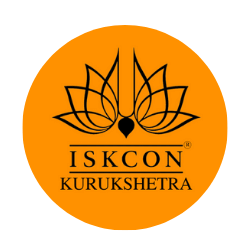